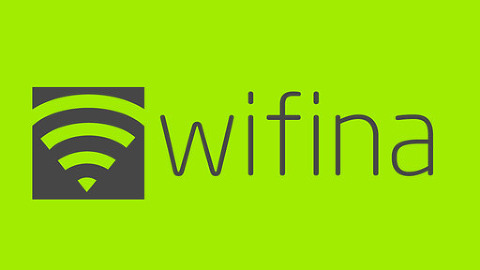 Choosing to live in a small village, we were aware that high speed optic fibre internet was going to be unlikely. This has proved to be the case. We explored the option of satellite broadband, but discounted this mainly because of the high latency caused by the time taken to transmit data to and from the satellite. Satellite would also have been an expensive option.

We eventually settled on one of several companies offering internet via Wi-Fi. This involves having an aerial fitted in the roof, which receives a signal from a high power transmitter and then creates a Wi-Fi network in the house. We have been promised 30Mbps download but we haven’t had anything like that since the installation earlier this week. Early days though, and we do apparently have the option of paying more for an enterprise grade connection which has guaranteed speeds of up to 200Mbps – I look forward to seeing how much that costs! (edit: apparently €4 per Mbps, that’s €800 a month for the aforementioned 200Mbps!! That’s a no then).

Getting a mobile phone was a lot simpler, I chose Orange who are the major supplier in Slovakia alongside O2 and T-Mobile and getting set up was pretty simple although I am only allowed Pay As You Go until I have my ID card from the Slovakian authorities.

Getting the TV sorted has been interesting. The satellite packages available here in Slovakia offer a few English channels, mainly documentary and news and of course Eurosport. We have a cheap package from Skylink that gives a few of these channels as well as a host of Slovakian and Czech channels. We have also taken a package from Digi Satellite who have the Premier League & Champions League rights in Slovakia – hello to live football at 3PM on Saturdays! However the problem remains of getting our favourite channels here in Slovakia, none of the aforementioned offer BBC, ITV, C4 or most of the Sky channels. To get these channels means having a big satellite dish. When I say big, I mean big – at least a 2.5m dish is required. It seems the new Astra satellites that broadcast these channels, and most of the Sky TV programming are now more tightly focused on the UK than the old satellites, making it far more difficult to get the signal outside of the intended footprint.

Update:
Our supposed 30Mbps internet connection never managed to scale the lofty heights of those speeds, even during the early hours of the morning we were struggling to get half the promised speed. However a chance encounter with an internet engineer who seemed well connected with those in the business, got us our full 30Mbps at last and so far fingers crossed the speed has been very consistent. None of the equipment was changed, just the routing of our connection. He also provided a direct Ethernet connection to my own router which makes the whole business of networking and wifi a lot simpler!

We solved the problem of getting UK channels by buying an IPTV box, which gives us access to the full Sky TV package over the internet, including movies and sport. It is definitely not HD, but very watchable even on our large 60″ TV. It also gives us access to a huge number of US TV channels, so happy days!

Update #2:
It appears the BBC in particular have put a great deal of effort into blocking VPN access to their iPlayer. Most VPN services will now not allow access to iPlayer, but some now offer a bespoke IP address that will circumvent the block. For a couple of extra Euros this seems so far to be an effective solution. There are other IPTV services such as FilmOn that give access to the UK channels without a VPN but the quality is not as good as the iPlayer, and of course you do not have Catch Up TV. SkyGo seems to be OK with the normal VPN providers, but this may change so I would suggest the private IP address as the best solution. There are also a few paid IPTV providers who seem to provide reasonably reliable access to all the UK channels, including the full Sky Sports and TV packages for about 15 Euros per month, it remains to be seen how much of a long term solution they are.