Visitors to Nitra cannot fail to see the huge hill that overlooks the city. Zobor is the site of a prehistoric fort, and is now defined by the  11.5m tall TV & radio communications tower finished in 1993 that stands close to the peak.

We took the path from the Zobor Medical Institute taking time to see the nearby ruins of the Benedictine monastery dating back to the 12th century. Taking a steep and stony path up into the hills, our first stop was at Svorada Jaskyňa, a small natural cave in the rock. The cave is named after a monk who legend says lived here for a while in the 11th century as a hermitage. Svorak died in 1032 and was buried in the St Emmeram’s Cathedral in Nitra castle – he is one of Slovakia’s oldest saints. Nearby is the source of a natural spring that was used by the monastery. 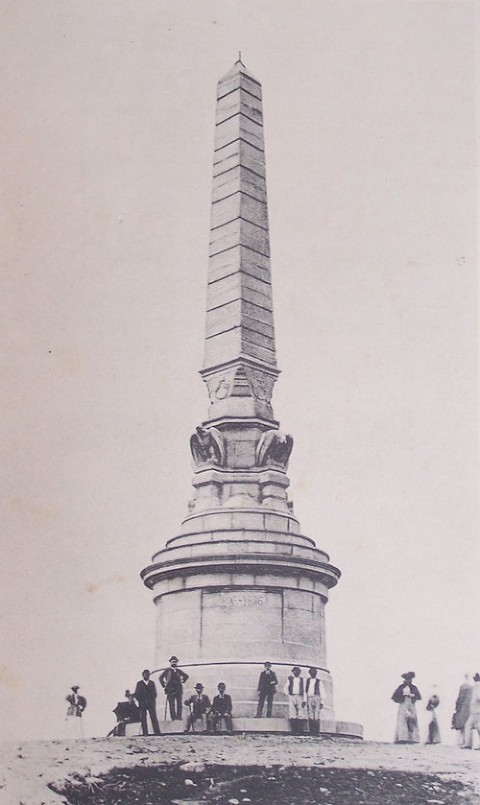 Up until 1994 a chairlift was in use, making the steep ascent much less demanding  It takes almost an hour to reach the the Pyramid at 553m, where next to the huge communications tower stand the remains of the monument built in 1896 to celebrate the millennium of the Hungarian kingdom – at this time Nitra was part of Hungary. The views from here across the city and beyond to the Malé Karpaty are amazing. Although many people believe this is Zobor, the actual peak is at 587m and can be accessed by a footpath, although the views are not as unrestricted.